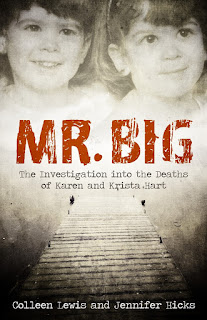 Mr. Big is the shocking true story of a murder investigation in Newfoundland and Labrador that forever changed the face of the Canadian justice system. Recently we spoke with co-author Colleen Lewis about the work.

What inspired you to write Mr. Big?
I spent several years at the start of my career in print media - I've always been drawn toward the idea of writing a novel at some point in my career. When I began covering the trial in 2007, it wasn't long before I realized there was much more to the story than could be covered in a two minute story each night. Then my next source of inspiration came in 2013. Jennifer (who had supported her husband throughout the trial) called me with a request for a television interview. She had been going door-to-door with a petition to make sure her ex-husband didn't return to Gander, and she was also afraid of him. At this point, there was a possibility he could be out on bail. When I entered her apartment, I was surrounded by pictures of the girls. The woman who had stood by her husband's side throughout the trial was telling a very different story. She was turning her life around and fighting back. But with a small child of my own and a busy schedule, the book would have to wait. I was once again inspired and motivated in August 2014. Nelson Hart was released from prison after the Crown decided not to proceed with a second trial. The confession obtained through the Mr. Big sting operation was determined to be unreliable. As I stood outside the courthouse, I looked around at the faces in the media. I was the only one who had been there from the beginning, everyone else had retired or moved on, and I felt someone owed it to those two little girls to tell the entire story. I knew it was time to start writing.

What were the challenges?
One of the biggest challenges I faced was how to tell this story. I didn't want to explain it in the same manner I had reported the details each night for the news. Right away I decided to strip away the legal components, and the details of the trial. I wanted a book that could be enjoyed by all levels of readers, and the best way to do that was to put it into a non-fiction story. Of course, I learned right away this wouldn't be easy. It required a huge amount of research and cooperation from Jennifer, even though I had covered the trial and various aspects of the story many times.

What are the rewards?
I have listened to the details of this story many times over the past 10 years. But once the book had been completely written, I realized I had given a voice to Karen and Krista. The memory of those two little girls wouldn't be lost. I now realize just how important they are to the people of this province. Many Newfoundlanders and Labradorians remember where they were on August 4, 2002, and people here still wonder what happened. I also found satisfaction in being able to tell a story in its entirety. There's something very freeing about writing a book as a journalist. It allowed me to include all the details that normally get passed by for the sake of time.

What did you learn during the process?
I think we have a long way to go as a society in recognizing and stopping spousal abuse. Before writing Mr. Big, I believed we had developed an understanding of these situations. Writing this has convinced me otherwise. There's a need for action. Recently, a local business woman in this province has been speaking out and calling for mandatory reporting of domestic abuse. She claims the victims are not strong enough to take action themselves, and the book clearly illustrates her point. In the province of Newfoundland and Labrador there are far too many children who are living in circumstances similar to the one described in this book. 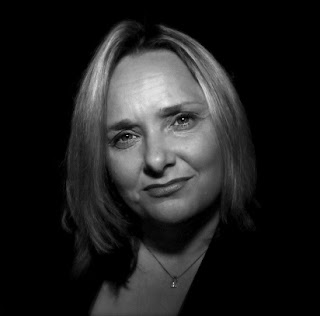 How did you feel when the book was completed?
Once the story had been completed, I realized how important it was the story of Karen and Krista Hart, along with the Mr. Big sting operation, be told. I was amazed by the amount of details that took place in the years leading up to and following the deaths of Karen and Krista

What has the response been like so far from those that have read it?
It's been mixed. There are people who've written me to say they regret the years of being cold to Jennifer. They regret the years they blamed her for what happened to Karen and Krista. For many, the book has explained her mental state during this period and an understanding has developed. For others, it's been difficult to understand why a woman would stay with her husband through all the events, including the deaths of the children. But overall, the response is what I had hoped for in that people have generally enjoyed the read, and developed a better understanding of what happened.

What are your thoughts on the state of Newfoundland literature today?
I think that's one of the reasons I chose Flanker Press. They've been a key player in promoting local authors here in the past twenty years, and there's certainly a strong appetite for local history and non-fiction around here. As a journalist, I would strongly encourage my colleagues in the media to expand on some of the stories we cover every day. For me it's been a rewarding experience.

What's next on your creative agenda?
Right now a priority for Jennifer and myself is in securing a way to help children who find themselves in similar circumstances. It's important to both of us, that what happened to the girls may very well help someone else. As for myself, I had never imagined myself as a true crime writer, but it may be a natural fit. Before my daughter was born six years ago, I was seriously contemplating going back to school to study law. I've covered several high profile cases now, and I admit I've enjoyed learning the intricacies of criminal law. So seeing my two loves come together may mean another crime-related book could very well be in my future.