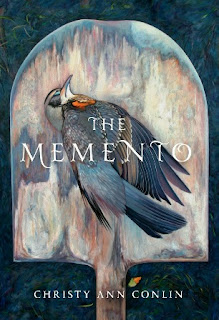 It was a long time between novels for Christy Ann Conlin, but her latest book, The Memento, was well worth the wait.

Why so long between novels?
That’s a twofold answer. From a craft perspective, it took me about twelve substantial drafts to weave together all the elements of The Memento. I did a huge amount of research and every draft led to more research. There are some thrilling twists and turns, and unexpected moments in the novel, all of which came together through process of layering, so to speak. The Mementois a bit of a hybrid, a literary novel combining elements of a mystery and historical novel with gothic ghost story elements. From a life perspective, a lot unfolded in the years between novels, from having a young family at the same time as my father being diagnosed with Alzheimer’s Disease. In 2012, I also co-created and hosted CBC Fear Itself, a national radio show where we explored the role of fear plays in day to day life, and in art and culture. That consumed me for a long time. Great radio is all about storytelling and so it was wonderful to have my ear so carefully tuned. I then took all I learned and poured it back into the last two drafts of The Memento!

What inspired/motivated you to write The Memento?
Quite literally, a china tea set my mother told me was haunted. She really believes that objects become endowed with the spirit of the person who owned them, mementos of a special sort. And I was also inspired by a childhood steeped in ghost stories told around summer beach fires and winter fireplaces. My mother used to take us for picnics in historic graveyards and we would do tombstone rubbings after we had our cucumber sandwiches. My grandmother had very strong feelings about my mother and I being sensitive to spirits. To me, this means I am keenly aware of the stories people tell, and the ghosts and memories they carry with them. My grandmother was from Upper Stewiacke and she loved to tell Scottish ghost stories. She was a curious blend of superstition and pragmatism and I think you need both to write a ghost story. You need to be open to the marvelous and unexplainable but you also need a dose of skepticism. I also had a remarkable experience in Ireland, in Drogheda, where I was with some friends and we found a hole in the high stone wall of an enormous walled garden on an abandoned estate. That moment stayed with me and was the genesis of Petals’ End, the haunted garden in The Memento.

What was the most challenging aspect of the process?
Holding all the threads of the plot and not letting them drop. It’s an experience like no other, holding an entire novel in one’s head, and weaving it together, in the midst of everyday life, the ups and downs we all go through. Sometimes I would be sitting at my son’s hockey practice but my mind was in the creepy world of the story!I felt haunted by the book, and that if I didn’t finish it, then it would loom over me for the rest of my days. Talk about characters coming to life! It was also challenging working with the very serious themes of exploitation of women and the marginalized, and yet capturing the magnificence of summer, and the natural world. It is such a powerful contrast, the harshness and the beauty, a fine balance to strike.

What was the most rewarding part of the experience?
Writing the last two drafts, where the story came together, and the writing process was tantamount to sailing across the water in sweeping winds under a starry sky. It was exhilarating. Also, having expert editorial guidance is one of the most rewarding things a writer can experience. A great editor is your North Star as you write and mine was truly sparkling.

What did you learn during the process?
E.B. White, who wrote both Charlotte’s Web, and the nonfiction The Elements of Style, said, “A writer who waits for ideal conditions under which to work will die without putting a word on paper.” Writing The Memento taught me the truth of this. There will always be ups and downs, and you write your way through them. Writing a novel is about continuity and tenacity and discipline.  You can have all the talent in the world but if you don’t sit down and write on a regular basis, your talent and original ideas don’t matter at all. Slow and steady is my motto now, and the turtle my mascot. 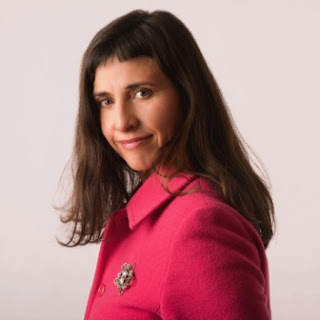 How did you feel when the book was completed?
Both euphoria and relief! It might sound like a cliché, but executing a vision is so cathartic!  Holding the book in my hands was almost surreal. So many years of work, literally in your hands.It was like being on a deserted island for years, and then suddenly being in the bustle again. And then as soon as my mind was free, my new book idea came pouring in like a flood tide!

What has the response been like so far from those that have read it?
It’s been wonderful and so heart-warming after all the years of working like a castaway. It’s fascinating to see how different readers experience the book. The most exciting response I’ve had so far was a comparison to Downtown Abbey meets The Girl With the Dragon Tattoo!

What makes a good book?
Unique characters, masterful use of language, and an enveloping story which sweeps readers into the world of the book. When I finish a book and it feels like I’ve been a part of the story, that I’ve been inside another world, that’s what I love. And the book becomes a part of my memory. It’s the same experience for me with any art form.

Is your creative process more 'inspirational' or 'perspirational'?
That’s a funny, but apt way to phrase the process! For me, it’s hard to separate those two aspects of my creative process. There is an initial inspiration and then the work beings as the words are laid out on the page and the story unfolds and the draft writing begins. You have to do the day in, day out solitary writing and the inspiration stays alive, a lantern in the sometimes dark process of writing. When you don’t write on a regular basis, the inspiration begins to extinguish. A novel is a huge commitment of time and thought and absolute dedication. It’s no different than any other art from, from music to painting or dance. The final product, or performance, has years of training, practice and devotion behind it. I also find that it helps balance out the very internal act of a writing session to go for a long walk or run outside. It provides a huge contrast and contrast is a vital part of my creative process.

What are your thoughts on the current state of Canadian literature?
It is a rich and expanding domain in so many regards. Canadian writing is nothing but diverse and I feel more than ever, Canadian writing is reflecting our changing society and diverse culture. It’s ripe for new voices, approaches and ideas, and a deepening of more established voices and experiences. It’s fascinating to see the world of social media and technology touch literature both in its development, form, and accessibility.

What's next on your creative agenda?
I’m working on another ghostly novel, The Flying Squirrel Sermon. It shares the same setting as The Memento, and tells the story of an ex-con who discovers a message in a bottle, a clue to his sister’s mysterious disappearance.