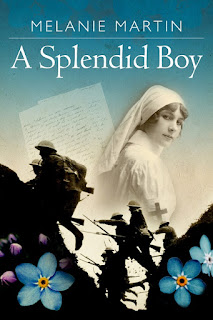 In the summer of 1914, Daniel Beresford’s innocent love affair with the merchant’s daughter is discovered, forcing him to make an impossible decision to save his family from financial ruin. Recently Newfoundland author Melanie Martin spoke with us about her first book, A Splendid Boy.

When and why did you want to be a writer?
When I was in grade seven I wrote and illustrated my first mini book (it was clear from that point on I would never be an artist) and put the book together with cardboard from a cornflake box. I covered the outside flaps neatly with blue wrapping paper (circa 1986 design) and cut to size the white paper, which I sewed into the seam of the cardboard. I was serious! My parents shipped a box of belongings to me a few years ago, while clearing out our family home, and there were dozens of old notebooks with half-written stories in them. Every computer I’ve ever owned has the beginnings of a different story there too. I’ve had a fascination with books my whole life and am a rabid reader. My imagination works in overdrive most of the time, scarily so, and for years I thought that automatically qualified me as a writer. Little did I realize those things certainly help, but that’s just the start.

Are they the same reasons you do it today?
There’s a reason they were all half-written stories then. I may have had a fascination with writing, but I didn’t have the mechanics to do it. More importantly, I didn’t have a story to tell then. While there’s a part of me that kicks myself in the butt for wasting so much time when I could have been writing all these years, I do believe it comes to you when you’re ready. When you are confident enough to find your voice, know the story you want to tell and understand why somebody should invest the time to read it.

What inspired/motivated you to write A Splendid Boy?
Truthfully, it was right after Downton Abbey hit the big screen. I fell in love with the characters and the tone of the miniseries, but more importantly I became completely taken with the time period. I’ve always been a very visual person and when I saw the First World War brought to life, and its effects on a small English village and its families, the seeds of the idea were sewn for me. I imagined Newfoundland in 1914 from the hustle and bustle of St. John’s as a mercantile centre with its street car still running down the centre of Water Street to the small fishing outports of which my own family hails from. I imagined young men who had never even been to St. John’s before let alone England and then on to Gallipoli in Turkey and from there to the Western Front in France. Newfoundland’s war story is entirely unique compared to the rest of Canada. The nation was then a dominion of the British Empire with a population of roughly 250,000 people and nearly 12, 000 men and woman served in some way. Our contribution was enormous and we paid a heavy price, particularly on July 1, 1916. There were so many themes to explore in the time period–class, love, war and with that in mind I set about to tell a story using two main fictional characters and put them into the real events surrounding the Royal Newfoundland Regiment’s involvement in the First World War.

What was the most challenging aspect of the process?
Writing it! I actually started the whole piece as a film treatment and intended to write a screenplay. I sent part of the treatment to a producer in the UK, who I had met at a film function here in Newfoundland, and he liked what he saw. He was very intrigued, but indicated that even from a preliminary glance it would be an expense piece to shoot. I was an unknown, which is often a tough sell in the film world and he suggested that I consider turning it into a novel first. Finding that balance between history and fiction is such a tricky dance. I wanted readers to learn about Newfoundland’s role in the First World War, through true events, even though the character’s stories and relationship were entirely fictional. I caution that Daniel and Emma aren’t real, but they could have been.

What was the most rewarding part of the experience?
Over the last few years, I have been fortunate enough to travel to all of the places where the Royal Newfoundland Regiment fought throughout Europe. In 2015 I traveled to Turkey, right to Gallipoli and dipped my feet in the water on Kangaroo Beach, in Suvla Bay, where the Regiment landed overnight on September 19, 1915. That in itself was a reward because I know I’m but a handful of Newfoundlanders to do so. The other rewarding piece is hearing how the story has resonated with readers, hearing what they’ve taken away from it and how it made them feel. One reader recently said she could tell I had been to the places I wrote about because she could smell the battlefield and taste the air as she read my words. I think that’s one of the best compliments a writer could ever get. The fact that a storyline and its cast of characters, which lived in your head for so long, can impact readers enough to evoke such emotions in them, well, that is the biggest reward of all.

What did you learn during the process?
That writing is a roller coaster of work and emotion. Some days you have this amazing scene in your head and you spend hours crafting it on the page only to read it back after and find that it falls so short of your expectations that you could just take the whole thing and burn it in the wood stove. Two days later that same scene is Pulitzer-prize winning.
Of course it was neither, but the point I’m trying to make is that you have to trust yourself and give yourself the latitude to get your story onto the paper. I had an old professor at university during grad school that used to say, “The A is in the revisions, my dear.” I understand that statement a lot better now. When you pick up a book it’s been spit polished and what you’ve got in your hands is a final product. Nobody can do that on the first pass. Let yourself write the story in any way you need to just to get it out of your head. Write first. Edit later.

How did you feel when the book was completed?
Elated…no better feeling than to type, “The End,” but then the hard part begins. Putting yourself out there to find a publisher is a daunting task. I was very fortunate that Flanker saw the potential in the story and wanted to move on it quickly in light of this year being such a defining anniversary for Newfoundland and Labrador with the 100th anniversary of Beaumont-Hamel. The last few months have been a whirlwind between editing, and cover design, marketing and social media, the launch and all that goes with releasing a new book. It’s been an interesting experience to see that process and understand what it really means to write and release a book. I am so happy to finally share the book with the public, but I’m also a little sad to release those characters, which lived in my head for so long.

What has the response been like so far from those that have read it?
Overwhelming. The number of calls and emails I’ve had from people to tell me how the book made them feel has been the most incredible feeling. People said they laughed and they cried and my personal favourite is the ones who stayed up all night to finish it because once they started they couldn’t stop. As a reader it’s so exciting when a book strikes a chord so deep that you can’t stop thinking about the characters and wondering what happens to them next. To know that as a writer I created something that made others feel that way has been tremendously satisfying. 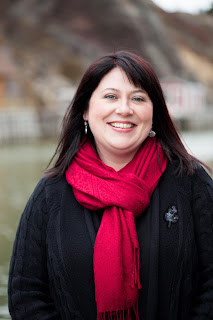 What makes a good book?
I’ll put my reader hat on to answer that question. For me, a good book has to draw me in from the first 2-3 pages. There has to be enough of a hook to make me want to know more. I need to get invested in the characters and care about what happens to them. I’m a lover of historical fiction primarily so another must for me is that the history is solid and the writer must understand the world they’ve placed their characters in, but I think that’s true of any genre.

Is your creative process more 'inspirational' or 'perspiration’?
I definitely needed the inspiration to bang out 80,000 words, but writing is damn hard work! And without the perspiration, all the back end work, it’s just an idea. There are a million ideas out there for good books, but the hard work is taking the time to sit in a chair and put your hands on a keyboard to transfer that inspiration to paper. I now fully understand how much work goes into achieving that final product. It’s not for the faint of heart.

What are your thoughts on Newfoundland's literary scene?
This is an amazing place to live–there’s inspiration everywhere you turn so it’s little wonder that our literary landscape is so rich. We’ve got literary giants like Michael Crummy and Lisa Moore, but we’ve also got a younger generation of self-starters; trailblazers in the self-publishing world like USA bestselling author, Victoria Barbour, who became an overnight success with her romance series, Heart’s Ease, set entirely in Newfoundland. There’s something powerful about living on the edge of the world that sets us apart. We constantly push limits, we rarely heed the word “no” and we’re ingenious by nature because we’ve had no choice but to be.

What's next on your creative agenda?


I’m currently working on adapting A Splendid Boy for the big screen and I’ve got book two underway. I’m not quite finished with the First World War yet. There are some fascinating stories about women and their role in the war and I’ve got my sights set on exploring that a little more.