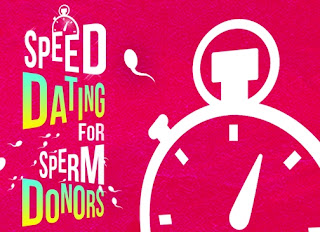 Girl meets girl. Girl marries girl. They want to have babies…but they need a little help. Until October 9, Neptune Theatre in Halifax presents Natalie Meisner’s witty and heartwarming Speed Dating for Sperm Donors. Recently we spoke with Halifax actor Marty Burt about what audiences can expect during the run.

How long have you been involved in theater, and in what capacity?
I have been working in the theatre for 25 years primarily as an actor, but occasionally as a director and very occasionally as a writer and dramaturge.

How did you get involved with this particular production?
I have known Pamela Halstead, our director and producer, for many years. She asked if I would be interested in the project. Natalie Meisner -who grew up in Lockeport, NS - was a friend of mine from back in the early 90s when I first moved to Halifax. I've always liked Natalie's spirit and sensibility. I welcomed the chance to do one of her plays, especially a story based on her own experience.

What are the challenges and rewards involved?
The play is about a same-sex couple looking for a sperm donor. Myself and my good friend - and Halifax native - Kevin Curran, play a two men who interview for the chance to help "Helen and Paige" have babies. The challenge is making each of these characters distinct, and keeping the play lively and hilarious as the playwright intended. It's a very fun room to work in. Kat McCormack and Kate Macdonald in the lead roles are both wonderful actors with big hearts and great comic timing. It's a pleasure to share the stage with them.

What can audiences expect during the run?
The audiences should get a fun ride with a lot of heart. As much as the play is funny, it is at its core about a loving couple who are struggling to realize their dream of starting a family. This is relatable to so many people. 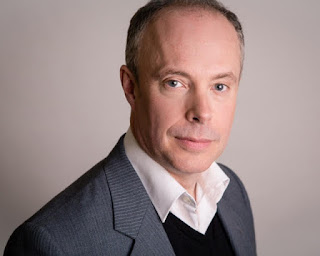 What are your thoughts on the state of theater in Halifax/Atlantic Canada?
I have always loved working and living in Nova Scotia.  Theatre has grown up a lot in the years I've lived here, there are more theatre companies more actors.  Atlantic Canada has some brilliant performers, directors, designers, theatre artists of all kinds who have chosen to brave the odds and stay in Atlantic Canada and build a life and create new work here.  It is still a struggle as it has always been, finding funding finding and audience. When I see what has been accomplished by so many of my colleagues, from the work here at Neptune, the new play development of places like Eastern Front, and Ship's Company Theatre, the national and international touring of great shows by Mermaid Theatre, 2b and Zuppa Theatre, our magical outdoor theatre companies of Two Planks and a Passion and Shakespeare by the Sea. With so many more great companies and new young artists emerging all the time, I am often humbled and overwhelmed by what our community has become.

What's next on your creative agenda?
Next for me I will be part of Neptune Theatre's production of Miracle on 34th Street, adapted and directed by George Pothitos, and in the spring I will be returning to Jacob Sampson's Chasing Champions, the story of Nova Scotia boxing legend Sam Langford, presented by Eastern Front Theatre in association with Ship's Company.