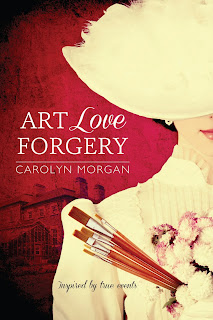 Inspired by true events, Art Love Forgery is a story of forbidden love in nineteenth-century St. John’s, a legend that lives on within the walls and ceilings of Government House. Recently we spoke with author Carolyn Morgan.

What inspired you to write Art Love Forgery?
I first heard about Alexander Pindikowsky’s story on visits to Government House and The Presentation Convent. I was fascinated by the fact that the beautiful ceiling frescoes at Government House were painted by Pindikowsky, in 1880, while he was serving a prison sentence for the crime of forgery. Even more compelling was the fact that there is a small portrait of a woman’s head painted in the ceiling of the ballroom. The popular story is that the portrait is a likeness of Government House parlour maid, Ellen Dormody, since he later married and had a child with a woman of that name.  It is thought that she and Pindikowsky fell in love while he was creating the frescoes. The story was so intriguing that I couldn’t let it go. Maybe it was because I am a visual artist that his story was so special to me. Then, in June 2012, Dianne O’Mara, the senior tour guide official at Government House at the time, was interviewed on the Weekend Arts Magazine. The segment was called Alexander Pindikowsky and Restorative Justice. It was a wonderfully detailed interview about Pindikowsky and, after listening to it, I really wanted to write about the artist. I wrestled with how to go about writing the story but once I settled on telling his story through the character of Ellen Dormody, everything fell into place. I thought about how fascinating Alexander would be to an impressionable young girl. He was handsome, he was a foreigner with an exotic accent, and he was a talented artist. The fact that he was a convicted felon only added spice to the mix.

What were the challenges involved?
Because the novel takes place in 19th century St. John’s, Newfoundland, specifically the time period between 1879 and 1882, I had to do a considerable amount of research on the culture and history of that period.  Although Art Love Forgery is a work of fiction, I wanted my readers to get a sense of what it was like to walk the streets of St. John’s back then. I have written the historical facts and a list of my research materials at the back of the book for my readers’ information.

What were the rewards?
I have been an avid reader since I was a child so joining the ranks of writers and seeing my novel on bookstore shelves has given me a great deal of satisfaction. Alexander Pindikowsky is a fascinating character from19th century Newfoundland history and he left a wonderful legacy with his frescoes that can still be seen at Government House, the Colonial Building and the Presentation Convent. It has been very rewarding for me to his bring his story to life, albeit in a fictionalized account.

What did you learn during the process?
I tried to be as accurate as possible to the cultural mindset of the time. In my research I discovered that life for the upper classes in St. John’s was very rich in the last decades of the 19th century. The British brought their culture with them from England and theater, art, and music were very important to them. It is a fact that Alexander Pindikowsky was hired by the Anglo American Telegraph Company in Heart’s Content for the sole purpose of teaching art to the employees of the company and their families – very progressive when you think of the working world of today.

How did you feel when the book was completed?
The first draft of my novel, Art Love Forgery, was completed in six months. Then the hard work began. I had a number of trusted readers critique my work and, based on their suggestions, I began a series of re-writes until I reached the final version of my novel. I feel pure joy and a great sense of accomplishment when I hold my finished book in my hand and see it on bookstore shelves.

What has the response been like so far from those that have read it?
So far the people who have read my book have been friends or family. They have been very positive about the book but I guess that is to be expected. The real test will be the response from strangers. I hope they will also enjoy my book but I’ll have to wait and see. I am proud of my work so any criticism will be easier to accept. 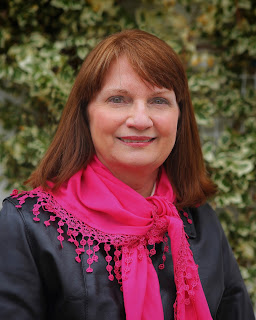 Is your creative process more 'inspirational' or 'perspirational'?
I am a visual artist as well as a writer so being inspired is essential to my creative process. I wrote Art Love Forgery for the same reason I create an artwork. An idea, thought, phrase or story sticks in my mind and grows until I am compelled to get it out in a painting, a sculpture, a textile or, in this case, a novel. The first time I heard about the artist, Alexander Pindikowsky, was on a tour of Government House. I was fascinated by the fact that the beautiful ceiling frescoes at Government House and the Colonial Building were painted by Pindikowsky while he was serving a prison sentence for the crime of forgery. The story was so intriguing that I couldn’t let it go. When I am inspired, I am willing to put in all the hard work necessary to bring a project to fruition.

What makes a good book?
I like characters that are compelling and a plot that keeps my interest. I like to learn something new about the human condition, or a place, or time period. A good book needs to take me on a journey outside my everyday life and it needs to have a mystery or conflict that must be resolved.

What's next on your creative agenda?
I have already started to write my next novel. This novel will be about a modern day art historian who will have a mysterious connection to a 15th century artist. My heroine will have family roots in Newfoundland but the story will unfold in Italy. For the next few months I will be promoting my book Art Love Forgery and a list of my book signings is available on the Flanker Press website events calendar.