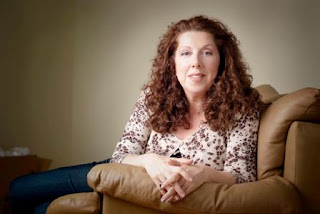 Whenever Cape Breton comedienne Bette MacDonald takes the stage, audiences are in for an evening of big-time belly-laughs! Along with her husband, Maynard Morrison, MacDonald stars in the hilarious and charming ‘Tis the Season, which continues to tour throughout Nova Scotia over the holidays with stops in Pictou, Port Hawkesbury, Halifax, Tatamagouche, and two final shows back home at the Savoy Theatre.

What are your own roots?
I'm a proud Cape Bretoner. I love the island- it has been a source of inspiration, the place where fun happens and it is, as the song says, the home of my heart.

How long have you been involved in theater, and in what capacity?
I have been an actor, writer and comedian for as long as I can remember... so, at least three weeks. Seriously, since I was in the single digits, I have been performing. My first audience consisted of neighbourhood mothers who had better things to do but, very kindly, made time to watch our shows.

How did you get involved with this particular production?
'Tis the Season began as a one night only show in Wolfville and we are now in the midst of our tenth tour.

What are the challenges involved?
Being on the road presents challenges, chief among them, being away from our dogs but, we have friends living in our house who are happy to spoil them while we're away. And taking on the task of writing a brand-new show each year is daunting but we love it at the same time. ‘Tis the Season is a show we look forward to more than any other. For us, the evenings spent in these beautiful theatres have become a significant part of our holiday celebration.

What are the rewards?
The rewards of doing this show are many. It has become a Christmas tradition for us and we have heard, over and over, from audience members that it has become one for them as well. We realize how fortunate we are to have people come year after year so we do our very best to give them as many laughs as we can fit in the show. 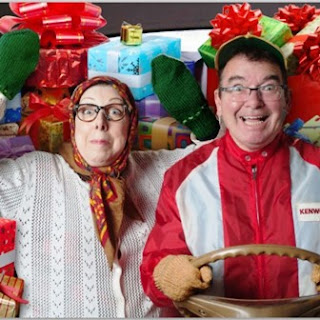 What can audiences expect during the run?
In 'Tis the Season you will meet a little community of characters who have high expectations for the holidays! Mary Morrison, Cape Breton's own Village Voice, always has a bone to pick with someone. Her husband Gordie's antics always get reported. Beulah Claxton is a washed up lounge singer who still thinks she's on top of her game. There is also a group of guys who aren't nearly as smart as they think they are.  And, among others, you'll meet a family that tries their best to have a happy, peaceful Christmas but with very little success. The show is about forgetting your troubles and taking time to just laugh and enjoy ourselves. There is a balance between current events and an old time feel that we feel is important when dealing with things festive.

What's next on your creative agenda?
I hope we're back for another season of Mr. D (CBC television) and we have two other shows in the works. But, for now, it's all about the holidays and having a great time doing this show!!