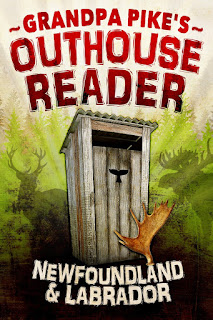 Grandpa Pike’s Outhouse Reader is not about outhouses; it’s about history, rural living, family, religion, places that are gone, ordinary people who have done extraordinary things. Recently we spoke with Grandpa Pike himself about the book.

What inspired you to become a writer?
I believe that it all starts with reading. My father had a huge library--I didn't read much of that because it was mostly religion-based. He was a Minister. (Got enough of that trying to get through all the 'begats' in the Old Testament.) Then I discovered the school library - most of my time in grade school and high school I borrowed and read a book a day. I still love to read. If one appreciates good writing it is a short step then to start writing.

Are they the same reasons you do it today?
Yes. The desire to have a 'voice'. The love of storytelling.

What are the challenges of the profession?
Finding a publisher or market for your words. Being 'timely'--writing a piece that relates to a new trend or an item currently in the news, and getting it out quickly.

What are the rewards?
That an editor thinks it's good enough to publish. And that you get feedback on your piece--whether or not the reader agrees with you. It's also somehow rewarding to look at your library and see your own book next to masterpieces by writers like Faulkner, Steinbeck, and Tolstoy--(of course I also have 'Mein Kampf' by Hitler and 'Quotations from Mao Tse-Tung'.) May I be quick to add that I don't belong with either group.

How have you grown as a writer over time?
I believe that I am more emotional in my writing--perhaps it's because the stories I tell lend themselves to emotion, and that's why they attracted me.

Is your creative process more 'inspirational' or 'perspirational'?
It's definitely more inspirational. Only the rare piece I write is fictional--although in some I change the place or names to protect the innocent/guilty. Almost all the stories in my new book, 'Grandpa Pike's Outhouse Reader', are about things/people/places I've experienced--they are true stories. I will not write to promote an idea in which I do not believe. I would not make a good news reporter.

What makes a good book?
A good book, in my judgement, is one you cannot set down-- whether it's because of the plotline, or because it's funny, or because the writing is superb.

What motivated you to put Grandpa Pike's Outhouse Reader together?
I've seen several so-called 'John' readers--but personally the pieces I read were not inspirational, they were mostly 'funny'--but often old stereotypical jokes. I thought there might be a market for a book which while not 'highbrow', contained true stories that might be thought-provoking, or inspirational, or funny to many, without reverting to gags and jokes. The title, I hoped, would grab the prospective customer's attention. Having worked in sales and marketing for most of my career, I learned, early on, that the very first step to a sale was to 'get the customer's attention'. 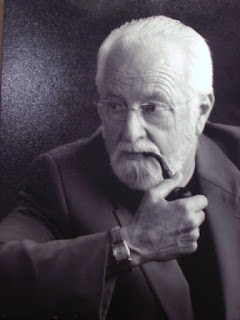 What did you learn during the process?
I learned that the time between submitting an unsolicited manuscript and getting it published is much longer than the writing process was! I already knew that it was out of my hands and I had to keep busy in the meantime. So I almost forgot about it until I heard back from Flanker Press. I used that time to write a Vol 2 of 'G.P.O.R.' and a  biography for a well known NL politician.

How did you feel when the book was completed?
Unlike a novel or biography which might require only editing, this one had to be 'sized' to hit a specific retail price point, which required choosing which stories to leave out. Anything you write is 'your child', so it was a bit like having to choose which of your children are your favourites. When I got my hands on a copy of the completed product, however, it was a sense of accomplishment and a feeling of gratitude that someone else thought it was worthy of publication.

What has the response been like so far from those that have read it?
Mostly the responses I've received are from people who know me, and while I appreciate all the kind things they are saying, I'd like to hear from complete strangers who are more likely to be brutally honest.

What are your thoughts on the state of Newfoundland literature today?
We have some superb writers--Wayne Johnston, Donna Morrissey, and Bernice Morgan among them, who stand up to the best anywhere. There is no reason to believe that the newer, younger ones will not take it to the same level.

What's next on your creative agenda?
I can't stop writing even though I have 2 other books completed--and I'm too loyal to seek another publisher in order to get them out there quicker. I am, however, spending more time right now preparing to get a good garden in, and building a 'shed' along with doing twice daily 'inspections' of the local Timmies, scolding the dog, and picking political fights with total strangers on Facebook.