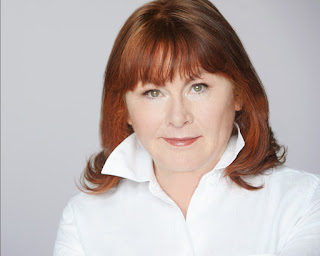 Mary Walsh, Newfoundland’s reigning queen of comedy, is having a few anxious moments as Canada: It’s Complicated - her new musical celebrating the country’s 150th anniversary - takes off to tour the country.

The show is designed to showcase Canada’s history and diversity, providing a platform for emerging performers. Walsh is one of its writers.

“We’ve got talented young people from all over everywhere coming together in this musical,” she says from her home in St. John’s. “I know it is going to be wonderful, but I’m more used to going down the street to Missus and asking her if she wants to be in a show.”

A job as a radio host while she was still a teenager catapulted Walsh into a life on stage, in film, and on television.

“The comedy came easy,” she recalls. “As a kid, being funny was one of the few things that was rewarded.

“If you don’t have a sense of humour in Newfoundland you are not going to survive.”

Many will remember Walsh in her role on CODCO, the legendary Newfoundland sketch comedy troupe that broke internationally before reuniting in the late 1980s for a five year stint on CBC television.

“We all knew each other or each others’ brothers and sisters. Almost all of us went to Catholic school together. I was the most working class of the lot, but we all came from the same place.”

When the show ended, Walsh moved on to a new CBC satirical current affairs program, This Hour Has 22 Minutes, which has been on the air since 1993.

“I had an idea for a Friday night show, something we could do in St. John’s. Michael Donovan of Salter Street Films thought it might work for TV, so I called around town to a bunch of friends and that’s how it all started.”

She stayed with 22 Minutes for 11 years, becoming best known in her roles as the acid-tongued Marg Delahunty, and Marg, The Princess Warrior, who had a habit of ambushing politicians.

Although she still makes the occasional guest appearance on the show, Walsh has focused on other endeavours in recent years - writing, collaborating, acting, and directing plays, films and movies.
Now 65, she has just published her first novel, Crying for the Moon, the story of a young working class St. John’s girl who goes to Expo ’67 in Montreal on a school trip, gets pregnant, is forced to give the baby up, and becomes a directionless passenger in her own weary young life.

She shares that the 336-page narrative has been her most satisfying project.

“I wanted to write a book since I was eight years old. The good thing about being in your sixties is that you start to ask yourself ‘if not now, then when?’ It would be awful to die without doing what I most passionately wanted to do.” 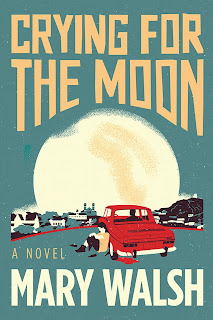 Though she is often asked, Walsh insists that Crying for the Moon is not autobiographical.

“I didn’t go to Expo, and I didn’t get knocked up, but I knew lots of girls who did and - for some - their lives were destroyed. That baby they had to give up was their only glimmer of hope, and through lack of experience they believed that if they could only find the baby to love them, things would be okay.”

Maureen, the book’s main character, lives a street or two over from Carter’s Hill, where Walsh grew up.

“The setting is well-known to me, the streets, the neighborhood, the Catholic schools, and what it was like for many girls in that era. Other parts of the book, such as poisoning and police interrogation techniques, required a good deal of research.”

Maureen’s inability to feel at home anywhere is something Walsh did experience, however; she was raised by relatives who lived next door to her parents and siblings, and struggled with a sense of abandonment for many years.

“No doubt it contributed to who I am today, but I held onto that sense of being wronged for way too long. As you get older you stop asking why and start to concentrate on what is and see what you can make of that. It is a better, more peaceful place to be.”

Along with her new musical, the coming months will see Walsh starring in both Little Dog - a darkly hilarious television show filmed in her native Newfoundland - and a Christmas reunion show from her own award-winning television comedy series, Hatching, Matching and Dispatching.