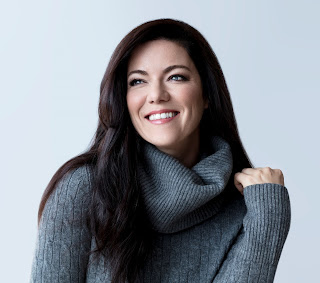 What are your roots?
I am Canadian, born in Toronto, Ontario!

Where do you currently reside?
I move between Montreal, Toronto, and Southern Mexico

How long have you been involved with music, and what inspired you to start?
I’ve been involved in music ever since I can remember. Both of my parents are musicians. My mother is a singer and my father is a drummer. In the 70’s and 80’s they were both first-call studio musicians, so I spent a lot fo my childhood in Toronto studios. I started working professionally when I was about 8 or 9 years old. Music was and is our life, so it was just a natural thing for me to do. I learned to read music at a very early age. My parents could see that I expressed interest, and had a natural musicality.

Are they the same reasons you continue to stay involved today?
Singing and making music is a part of who I am. It’s constantly challenging me, inspiring me. I’m grateful to have the opportunities to tour and play music live. Though I love the studio - there’s nothing like being on stage with my band, and connecting with an audience.

How have you evolved as an artist over that time?
As a vocalist, you can hear the evolution of the sound of my voice over the 12 albums. When I made my first album, I was only 20 years old. Now, 20 years later, my voice has matured. My range has expanded, and I believe that my voice has more nuance today than it did then. There are certain elements of my phrasing that have stayed consistent, but I’m hoping that my delivery has more emotional maturity. I’ve had more life experiences to apply to the songs - so I can connect with certain lyrics on a deeper level. I’ve also evolved into doing more composition. There has always been a large compositional element to the re-interpretations and arrangements: original bass lines, new melodic ideas, sometimes original additional lyrics. But on the newest album Lumieres d’hiver, there are three original songs, which is a first.

How would you describe your style & sound today?
It’s difficult to be objective about it. Musically, I would describe my style today as jazz/pop. It could either be accessible jazz or sophisticated pop. (Haha) Basically, I feel like I’m walking that line between jazz and pop. There are many elements that would be considered jazz, such as improvisation, upright bass, some swing elements, sophisticated harmony. But then there are some elements that are more pop oriented, such as songs that have choruses (refrains). I would say that my vocal style is generally clean, warm.

What are the challenges of the vocation?
When I went back to speak at my college (Humber) - I said to the students: If there is anything else at all, that you could do with your life - you should do it. Meaning, you need to have the absolute burning NEED to be a musician/artist if you are going to pursue it. It’s not meant to be discouraging. It’s meant to inspire you to really ask yourself if you have the drive, the need, the desire to navigate through the inevitable and plentiful challenges ahead. It’s difficult to make a living making music, in part, because recorded music has become (almost) free. Of course there are many groups of passionate music lovers who buy music - audiophiles who buy high definition music, people who collect vinyl, etc. But there is not an entire generation who will do most of their listening via YouTube. This is not a complaint - just an observation. However, there are new platforms, and more opportunities than ever to have your music heard all over the world - if you’re passionate, and creative, and driven and are willing to work really hard.

What are the rewards?
Creating something beautiful and lasting that wasn’t there before! I’m always amazed by the magic of the studio. Gathering talented musicians in a room, and speaking the language of music. After a day in the studio, this recording now exists. The dream is that it becomes someone’s soundtrack, that it invokes a feeling. There’s also the reward of playing live with my band. When everyone is listening to each other and bringing their own perspective. I love to hear how the arrangements evolve as we hone them, and find little moments of magic.

What have been some career highlights?
Playing Massey Hall in my home town of Toronto with an orchestra. Recording Clear Day in Hilversum with the Metrolope Orkest and conductor Jules Buckley. Playing for a crowd of 50k on the Montreal Jazz Festival outdoor MainStage. Being nominated for Juno Award for Producer of the year (along with Steve Webster). Generally, traveling the world with my band!

Why the decision to do a ‘Seasonal’ album at this point in your career?
I released my first holiday album “Winter Wonderland” in 2006. I always thought that I would do another one at some point, as we revisit the material every year. We’ve had many opportunities to play Christmas concerts, and I thought it was time to add some new material. So, now, 11 years later we have our follow-up, Lumières d’hiver.

What can listeners expect?
Lumières d’hiver is a mix of familiar nostalgic tunes, some lesser known gems, plus 3 original compositions. The personnel is a combination of my regular stellar band members from Toronto, as well as some supremely talented Montreal musicians. There are a couple of surprising duets: As-tu vu le Père Noël? featuring Mitsou, and a re-imaging of the Wilson Sisters pop hit Hey Santa, featuring Ingrid St-Pierre. I’ve spent many winters touring in Quebec, so the overall tone of the album is a celebration of Quebec winters, the winter lights, and the warmth of the people here.

What can audiences expect on this tour?
We’ll be presenting the new material on the tour, as well as lots of tunes from Winter Wonderland! We have so much repertoire to choose from! We’ll probably include a couple our favourites from our non-seasonal repertoire. The band consists of Kelly Jefferson on tenor sax, Reg Schwager on guitar, Amanda Tosoff on piano, Daniel Fortin on bass, and Fabio Ragnelli on drums. We will also be doing a special show in Longueuil, featuring a string quartet, who will also join us on our Ontario dates. Plus a few more special guests at the Koerner Hall show in Toronto and the First Ontario PAC show in St. Catherines.

What’s next on your musical agenda?
Not sure! There are lots of ideas brewing, but my focus right now is on Lumières d’hiver. I can’t wait to bring this album to life on stage!