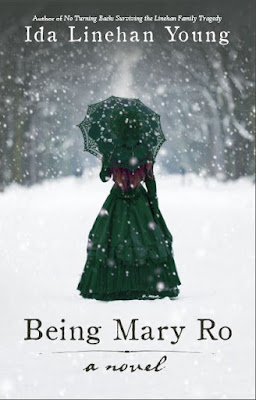 In the late nineteenth century, after disease and circumstance have left her alone in the world, a woman believes she is predestined to spinsterhood in her small community in Newfoundland. When a series of dramatic events brings a strange man to her door, Mary emerges from the comfortable isolation that she knows to follow her dreams in Boston. Those desires do not come without sacrifice and hard choices. When her past comes back to haunt her, Mary must decide whether there is room for both her aspirations and her heart—or if she must surrender one to have the other. Recently we spoke with author Ida Linehan Young about her latest novel, Being Mary Ro.

When and why did you want to be a writer?
The desire to write has always been with me. I remember writing poems and short stories in elementary school and I enjoyed it. I had often thought about writing my first book but always believed that I wasn’t good enough to be an author, that I didn’t have an extensive nor flowery vocab which I felt would be required. Then one day I saw an episode of Land and Sea where a town on the Burin Peninsula was featured and a group of men who had been in a fiery bus crash in Northern Saskatchewan. These men who survived had never talked about the crash and were still haunted by it. I had volunteered at the Atlantic Burn Camp a few years previous to that and had come to learn that it was important to talk about these things. My daughter had also been doing research on our family tree and she said, “Mom if you died tomorrow, there are five headstones in the graveyard of our uncles and aunt, and we have no idea about them.” So that’s what really started me in the process of writing my first book.

Are they the same reasons you do it today?
No, the first book was all about healing. My subsequent novel was for the love of writing. I found I enjoyed putting word to paper and that I was good enough. Writing is like a comfort food for me.

How have your grown as a writer over that time?
Yes, I think I have. I participated in a WANL (Writer’s Alliance of Newfoundland) program where I had my work reviewed and feedback. I took that to heart and incorporated it into my writing.

What inspired you to write Being Mary Ro?
I enjoyed the writing process. I had often heard my father talk about a family tragedy that also happened in our community and within his lifetime. I wanted to pay tribute to that family and that sparked the idea for Being Mary Ro.

What was the most challenging aspect of the process?
Being historically correct. I am a stickler for detail and I wanted to make sure that what I was writing was true to the period. I did lots of internet research and visited some historical sites.

What did you learn during the process?
When I had the first iteration done, I went to WANL. My feedback was that the novel was good but that I was too nice, and things were too neat. So, I went back to the story and threw some wrenches in it and made it messier and more like real life.

How much research was involved?
There was quite a bit of research involved. I spoke to some seniors about what life was like before electricity to give me a feel for it. I spent a lot of time on the internet. I visited Commissariat House, Newman Wine Vaults, other historic places and sites. I did some reading from that period as well. 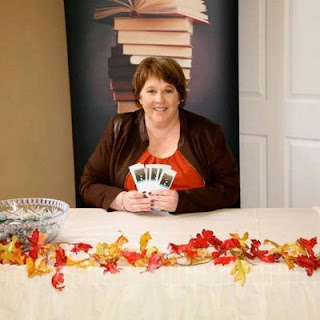 How did you feel when the book was completed?
It was a very satisfying experience. I was thrilled with the story. I liked the characters. I liked the whole process. It was very fulfilling.

What has the response been like so far from those that have read it?
I have had very positive response. So far those who have read it, have loved it. Some said they felt like they were actually living in that time. Others said they thought of Mary as their sister or their friend. They were cheering for her and sad for her and wanted the best for her.

What makes a good book?
Everybody is different here. But for me a good book grabs you from the beginning and makes you want to know how it turned out but not by looking at the ending, but by accompanying the characters on their journey.

Is your creative process more 'inspirational' or 'perspirational'?
I think I’m a bit of both but that I lean towards inspirational. I want readers to take something from the book. I want them to feel good at the end.

What are your thoughts on Newfoundland literature today?
There are so many great Newfoundland books and Newfoundland authors. I think its marvelous. I know some people buy books just because a Newfoundlander wrote it or its about our province. I want people to buy mine because of those things, but because they like the story as well.

What's next on your creative agenda?
I am in love with writing. I believe I will continue for as long as it’s not a job but an enjoyment. I think that will be for a long time. I am looking forward at least two more stories, then who knows after that.