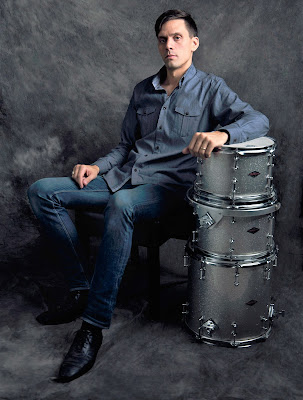 It is a homecoming of sorts for Toronto-based jazz drummer Ethan Ardelli. The Cape Breton born, Juno Award-winning rhythmatist returns to his roots with shows in Halifax, Sydney and Antigonish over the coming week in support of his debut recording, The Island of Form. Recently we spoke with Ardelli about his passion for his profession.

What are your roots?
I'm from Sydney, Nova Scotia on beautiful Cape Breton Island. I think of myself as a Cape Bretoner, but I've been living in Toronto since 2003, so it feels like home too.

When and why did you first become interested in music?
I've loved music for as long as I can remember. The first song I can ever remember hearing and really liking was the Dire Straits song "Money for Nothing". It has a very long intro section with a really cool drum solo at the end. It's definitely one of the reasons I'm a drummer now! I'm not sure why I loved the drums from the very beginning. I think certain people are drawn to certain instruments but the drums I have always loved. When I was in grade 5 I started playing saxophone in school band and my Dad introduced me to the music of Charlie Parker. Through listening to Charlie Parker's music I became aware of Max Roach and I've been obsessed with jazz ever since.

Are they the same reasons that you continue to be involved today?
Totally. I've always loved jazz and drumming. Music is my passion and lucky for me it's also how I make a living. I'm a lucky guy!

How have you evolved as an artist over time?
Well in Grade 6 I switched to drums. Turned out I was ok at sax but I knew that the drums were the thing for me. After high school, I went to music school first at St. F.X. and then later on at The University of Toronto. I graduated from U of T in 2006 and ended up I staying in Toronto. I was fortunate to have the opportunity to develop as a musician with people like David Virelles, Nancy Walker, Kieran Overs, Darren Sigesmund, Harley Card, Matt Newton and many other great musicians who were in Toronto at the time. I was, and currently am, a busy sideman and these experiences prepared me for this next stage in my career as a bandleader. This new album of mine represent the next stage in my artistic development.

What are the challenges of the vocation?
Being a musician is a wonderful thing but is at times a difficult way to make a living and it continues to get harder. When I first started gigging in Toronto there were less musicians and more gigs. Now there are more musicians but less gigs and I think someone today looking to go into music for a living has to be much more on the ball than I was.

What are the rewards?
Having a life where you have the opportunity to make a living doing what you love to do is the reward for me. I love music, it's my passion and I get to make a living and see the world while doing it. It's not perfect, but I don't have anything to complain about.

Is your creative process more 'inspirational' or 'perspirational'?
For me it's more inspirational. People say to me sometimes "You must have worked really hard" but I can only "work hard" at something that isn't work for me. If I'm passionate about something I'll put in the necessary time in but it's never work. It's not to say that things aren't frustrating or challenging but I think it has to do with your outlook on things. The beauty and the curse of music is you never totally reach your goals. There's always room for improvement.  That can be a depressing thing for some but for me it means there's always something else to check out and explore! 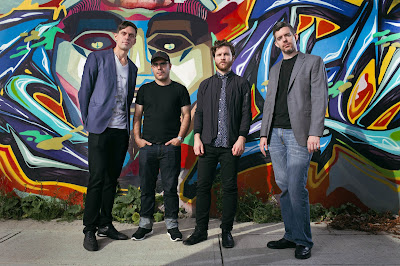 What went into the new recording?
I knew that recording an album as the bandleader would be an involved process but basically since we recorded that album a year ago, I’ve been working on it fairly non-stop until it’s release. After recording the album in October, I worked on editing the album over a period of four months. When all the edits were done, I mixed and mastered the album on a trip to New York in February of this year. Once the music was finished I then began working on the album design, the short film that was released as promo for the album as well as a second video of us recording one of the tunes in the studio and at the same time I was applying for funding to do a CD release tour across Canada and was in charge of booking and organizing at the details of the tour. It was an extremely involved process for me. People who had to deal with me during this process know that I can be demanding but it’s because I had such a clear vision in my head how everything should look and sound. That said, I’m extremely happy how everything turned out.

Do you have a favourite track?
I don’t, actually, which I’m really happy about. In the past when I’ve recorded there has generally be a clear favourite track to me on an album but the way the guys played on this recording really blew me away. They really captured my ideal version of how this music sounded in my head so I’m really happy with all the tracks and depending on the day, each track has been a favourite.

What has the response been like so far?
So far I’ve gotten so really great feedback. My goal was to have an album that when I listened to it, I really enjoyed it. I obviously want other people to enjoy it also, but I can’t control what other people think. It’s always my hope that people like my music and so far so good!

What can audiences expect on this tour?
As far as the material goes we will be playing music from the album plus a few other pieces. We’ve been playing this music for a bit but haven’t had a chance to play it for a few weeks in a row so I’m not really sure what will develop but I’m excited to hear what happens!

What are your current thoughts on the state of jazz in Canada?
I think it’s alive and well.  I think Canadians in general are far too insecure and there’s always this idea that the grass is greener on the other side. Whenever I travel to other places around the world, people speak very highly of their own countrymen’s music and how this person or that person is killing. One thing for sure is that you won’t get tricked into thinking your an “artist” in Canada because I find often people think you’re pretty good but for a Canadian though. This isn’t the case across the board, and I don’t think we need to be like “Canada is the best!!” but maybe splitting the difference would be great because there is great music happening here and there is no reason to second guess yourself!!

How can this be improved?
I think by using your ears as opposed to your eyes. I find at times people can be blown away by seeing a billboard saying “From New York” and just assume that there’s no way a Canadian band could sound as good but it’s not always the case. I’m a huge fan of American music, and most of my favourite musicians are American, but to say that Canadian bands are not on the same level is just wrong. I hope this album and this band proves it.

What’s next on your creative agenda?
I’m not sure. First and foremost, I went into this project hoping to make a great album and to start the process of becoming a bandleader by taking my band around the world. So far I’ve accomplished some of my goals, have started accomplishing others and some new goals have appeared. I didn’t think I would ever be able to call myself a film maker but I’m pretty proud of my first attempt at directing so I think exploring this area could be interesting too. I guess we’ll just have to see what happens, but this is a very exciting time for me!