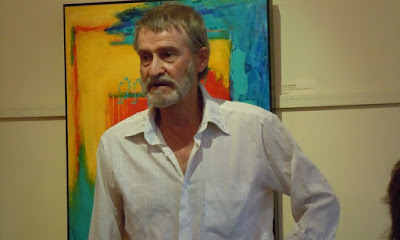 Though we knew one another quite well, I only met Ray Fraser once; in 2009, at Westminister Bookstore in Fredericton, New Brunswick - Ray’s home town - while on a speaking tour to promote my debut literary effort, Atlantic Canada’s 100 Greatest Books.

After I had finished reading and answering a few questions from inquisitive readers, Ray saddled up to me in his brown leather jacket and old fisherman’s cap, sunglasses shielding his eyes from the overhead lighting. With an extra-large coffee in hand, he looked at me with a wide smile and said simply, “Howdy partner…”

He was exactly as I imagined him to be; physically slight, lanky, even a little disheveled in places. Intellectually, he was on his game and for the next several hours we mused over the merits of region’s writers, many of whose works appeared in my aforementioned anthology.

Five of Ray’s books made that list, and he was deservedly in the company of some of the finest scribes that Atlantic Canada, and the country, has produced; Alistair MacLeod, Lucy Maud Montgomery, Wayne Johnson, Donna Morrissey, Lesley Choyce, and our mutual friend David Adams Richards.

That first impression made a lasting impression upon me, and over the next nine years I anxiously awaited each new book to better know the man.

While Ray did dabble in non-fiction - essays, memoirs, biographies, anthologies, etc - my favourite of his works were “fictional autobiographies” - including The Black Horse Tavern, Rum River, In Another Life, Bliss, and his final work, Through Sunlight and Shadows.

This past September, I had just received a signed copy of the latter - the touching story of a young boy coming of age in a tiny New Brunswick town - when Ray emailed me with difficult news;

“Hi Stephen, it appears time is running out, as it does with lung cancer, so no need for me to keep quiet about it. The timing was good though. I was just able to finish another novel while I still felt strong.

“You have been very good to me, so I just wanted to say adieu. Within the next couple of weeks I will enter palliative care - the gateway to the next life. I consider myself blessed to have made it to 77.”

Accompanying the note was a short video of him playing the guitar and singing a country-western ditty.

I smiled - Ray can’t sing worth a damn - and then I cried, and then I reached for his new book and read until the wee hours. The next morning I collected myself and replied to his email;

“Amigo…I am shocked by this news - utterly crushed, in fact. Talk to me…”

Over the coming days and weeks we emailed each other a few words here and there, speaking by phone once; his voice was weak, and his spirit waning with the words “I am ready…”

Ray died on October 22. I received notice of his passing via Facebook, where family, friends and fans shared their thoughts and feelings on the man and his work. 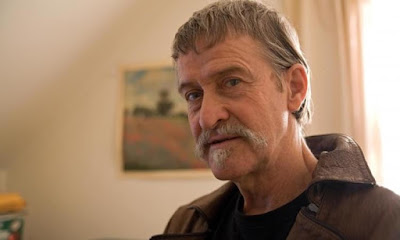 A true literary lion, he left behind a legacy of words; 14 works of fiction, eight books of poetry, two biographies and a fantastic, moving memoir called When the Earth Was Flat. In 2012 he was made a member of the Order of New Brunswick, and in 2016 he received an honorary Doctor of Letters degree from his alma mater, St Thomas University. The following year, he received the Canadian Senate Sesquicentennial Medal in recognition of valuable service to the nation.

Born in Chatham, New Brunswick, Ray studied at St. Thomas University in Fredericton, where his love of both sports and literature were born and nurtured. It was there that he worked on the student literary magazine, later honing his craft as a freelance writer and editor. Moving to Montreal in 1966, he continued to ply his trade with a number of outlets, paving the way for other emerging authors and creative types.

His battle with the bottle nearly did him in on numerous occasions during that period (“Well, it was the 60s…” he would say with a smile), but he would later “put the plug in the jug” and return to his native New Brunswick to hanker-down at this desk each morning with coffee and cigarettes, determined to “get it down, and then get it right.”

Ray often got it right; like the author himself, his work is warm, witty and wise. A master storyteller, he understood the power of things left unsaid, leaving just enough space between the words to invite audiences in. Many who read his books noted that, though they had never met the man, they knew him intimately.

Our last conversation, just days before his death, was both encouraging and prescient;

“You are a fine writer my friend…perhaps you can write something nice about me when I am gone.”