Broken Man on a Halifax Pier 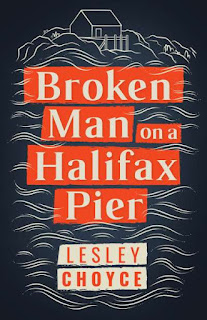 Lesley Choyce’s latest work, Broken Man on a Halifax Pier, is the tale of one man’s shipwrecked life and an unlikely crew of rescuers. Recently we spoke with the prolific Nova Scotian author about the book.

When and why did you want to be a writer?
When I was eight, I wrote a story about a groundhog. I was in love with my teacher at the time who was a beautiful young woman who had come in runner-up as an apple-blossom beauty queen. I was only eight, mind you, so I had low expectations that things would develop romantically. Nonetheless, Miss Smith said she loved my story about the groundhog and I knew right away that I should be a writer.

Are they the same reasons you do it today?
Well, no. Not really. I would reckon Miss Smith now to be well over ninety and that ship has sailed as they say.

How have your grown as a writer over that time?
I’ve moved on from primarily writing about groundhogs and other wild furry animals with poor eyesight.  I want to write about everything and anything but especially about the mysterious forces that make us humans tick. I am much less confident now in my knowledge of all things than I was when I was in my twenties, but I’m still scratching away, trying to get beneath the surface. I want to examine how all of us get through really tough patches in our lives. I also want to continue to explore how mortality – the fact we all have to die someday – very much shapes who we are and how we behave during our short but spirited lives.

What inspired you to write Broken Man on a Halifax Pier?
I think this story has to do with life’s disasters and what a body needs to recover, restore, reboot and move on. In my Sunday School days, they used to talk about the need to “be saved.” Naturally, this meant being saved by Jesus. But I wasn’t sure then why we all needed saving. Now I do. When life gets really rough, we all need saving… and if you are on good terms with Jesus, then he may save you.  But for a lot of other people, the “saviours” come in the most unlikely and unexpected forms. And that makes for interesting fiction, I’d say.

What was the most challenging aspect of the process?
I had three false starts. My protagonist in all three false starts was broken but he was a bit of a wimp and didn’t have a sense of humour. So I finally found the right “loser” with a sharp wit and clever come-back line for most anything.He was wounded and bludgeoned by life but had a dark cynicism that buoyed him up. And then he got lucky and met a woman actor whose film career had been mucked up when she accidentally starred in a pornographic movie.

What did you learn during the process?
I learned that I was still a storyteller and that I had this story and many more to tell and I best get on with it even though none of my books have sold a million copies or been made into a Tom Hanks movie yet. 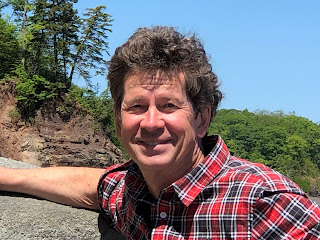 How much research was involved?
The setting is contemporary Nova Scotia and most of the research was sitting down and getting the story out of my head before I lost it. I know a little about the Eastern Shore and about a fisherman’s life and about the sea. So, I guess the honest answer is I did frig all when it comes to research. I suppose I didn’t want any facts to get in the way of the truth.

How did you feel when the book was completed?
I was scared that it may not find a publisher, but I felt good about the completion and good about the work. It felt like an honest story.

Is your creative process more 'inspirational' or 'perspirational'?
I think it’s pretty much 20/80.  Yes, there has to be a spark and the spark leads to a flame and then you have to relight that flame each day you return to the task. And then, when you’ve reached the end of the rough draft, you need to keep going back again and again until you have worked so hard at getting it right and fixing all your weak sentences and mistakes that you really and truly don’t like your own work anymore. Then you have to muster the courage to show it to an editor and possibly be rejected dozens of times before it lands on the right desk.  So that takes it from inspirational to perspirational to perserverentional.

What are your thoughts on the state of literature in Atlantic Canada today?
It is alive and well and flourishing from what I can tell. Publishers are quite active and new writers are poking their heads out from under cabbages every day.

What's next on your creative agenda?
I’ve been writing a lot of creative nonfiction and ready to get back to a YA novel and a follow up to Broken Man on a Halifax Pier: a literary novel for adults with a slightly cockeyed look at psychic phenomena, spiritualism and communication with the dead.