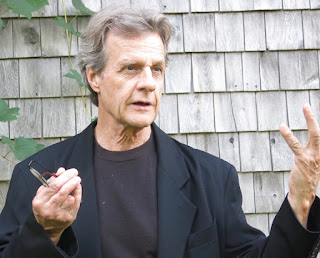 This weekend, Halifax’s Live Art Dance kicks off its 2019-2020 season with Brazil-based Focus Cia de Dança performing Ímpar, a mesmerizing works that uses seven bodies across a stage-turned-playground to tell a story both absurd and magical. Recently we spoke with LAD’s Artistic Director Randy Glynn about the production and about his own passion for his profession.

What is your own personal/professional background?
I am from Ottawa, but started my professional dance career in Halifax in 1976 while studying music and English at Dal. Back then, I helped form and manage the Halifax Dance Co-op Dance company with Sara Shelton Man as Artistic Director. In 1977, I moved to Toronto and was asked to join the Danny Grossman Dance Company. I danced and toured the world with them for 10 years. In 1987, I started my own dance company the Randy Glynn Dance Project which toured and performed for 10 years. Since then I have been involved in a variety of eclectic dance and circus projects. In 2013, I started an unusual seniors’ dance company in Annapolis Royal and the success of the first piece - Dancing in the Third Act - led to starting the Festival of Dance Annapolis Royal (FODAR) in 2014. I am still the Artistic Director of FODAR and we just completed our 5th season.

When did you first become involved with LAD, and what are your roles and responsibilities there?
I first came to be involved with LAD when they presented my company here in 1991. Many years later, in 2016, I applied for the job of Artistic Director - and I started 3 years ago this week!

What are the challenges of the gig?
There are always challenges – it wouldn’t be fun without them. However, one of the intriguing challenges is that this city has no real theatre. By real, I mean a theatre with good sized stage, a full fly gallery and enough seats to pay the freight – in short a real arts centre or opera house. The Rebecca Cohn, wonderful as it is, is really a 1000 seat concert hall. Its crew do extraordinary magic regularly but there are many dance shows, as well as opera and circus that simply can never come to Halifax because of the lack of a real theatre. What Haligonians may not know is that every other similarly sized city in the country has a real theatre, as do many smaller centres. It remains a puzzling hole in the Halifax cultural landscape

What are the rewards?
Seeing a full house rise to their feet.

How has the company evolved since last year's season?
Starting in 2017, we chose to present more Indigenous work and more international work. We also made the choice to go after larger companies. Our audience has grown as a result of those changes and it is road we will continue to travel. 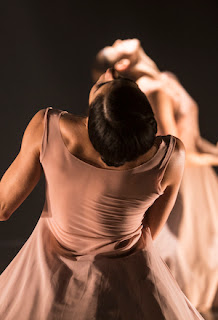 What can audiences expect this weekend?
Contemporary dance from another culture - physical, theatrical, beautiful and magical.

What are your thoughts on the state of dance on Halifax?
Halifax has a small but vibrant and active professional dance community. There are some excellent dancers here and certainly some promising choreographers. I am optimistic that it will grow and flourish over the next few years and am excited to see how it develops.

How can that be improved?
I think several things need to be on place for a healthy dance ecology in a city. One thing that will help the local dance ecology immensely would be the creation a degree granting program in dance. I have been involved in trying to make that happen at Dalhousie’s Fountain School for the past 3 years and we are hopeful that it may be moving in that direction sooner rather than later. One of the other missing elements for healthy local ecology is performance space. I have already mentioned the city’s shocking lack of a real theatre but there is also a serious lack of midsized performance space. This affects not only dance but also theatre. Many are expecting that the new Culture Link will help address this problem. I am also optimistic that the proposed expansion of the Bus Stop Theatre will help alleviate the current performing space deficit.

What advice might you have for young people looking for a career in dance?
If you love it - go for it!