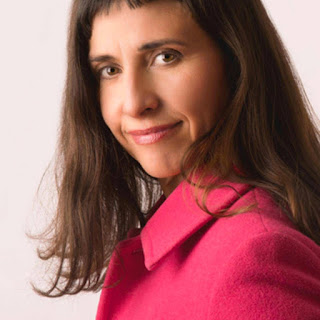 Born in rural Nova Scotia near the Bay of Fundy, author Christy Ann Conlin grew up listening to the heroic and moving tales of her heritage.

“My father used to read me the poetry of William Butler Yeats, and my mother recited Robbie Burns as we skipped through the fog on the beac,” she recalls. “Both sides of the family told stories of selkies and merrows, creatures from the sea.”

It was the delicate intricacies of these stories, and of poetry - particularly the work of Seamus Heaney – along with the mystical lure of Celtic mythology and stage play that first inspired young Conlin to put pen to paper.

“I love how poetry evokes imagery, and how characters come to life off the page through their dialogue - not just the words but the rhythm and tone of their language and words. Today, I write also for the challenge of trying new forms, of weaving together the traditional with innovation.”

Conlin has enjoyed a strong and successful career within the Atlantic Canadian literary scene and is well-renown as the East Coast’s Master of Gothic Fiction. While she is grateful for the accolades and awards, they can’t compare with her real reason for writing.

“The biggest highlight for me is finishing a draft and knowing I have a complete manuscript. And then, once it is done, holding that book in my hands for the first time. From there, it is just knowing that - out there somewhere - someone is holding my book and entering the story.

“There is a remarkable union between writer and reader. Reading and writing are solitary acts, and in this solitude is a meeting of the minds.”

The vocation, she admits, is not without its share of challenges.

“It is very hard to make a living from fiction, especially short stories. I am a part of the ‘sandwich generation’ - so I juggle young children and elderly parents and relatives. Sometimes I feel almost ripped into pieces by those responsibilities. Writing requires blocks of time and a quiet mind. It is a constant quest to find this, and a fine balance to strike - like being a tightrope walker or a plate spinner.”

Over the years, Conlin has published three books; Heave, her debut, released in 2002; The Memento, her sophomore effort, published in 2016; and her most recent release, Watermark, a short story collection that hit bookstore shelves earlier this year.

“Everywhere I go, stories present themselves. And writing short stories is something that I have always done, as a story idea will come to me quite suddenly. Perhaps they reveal themselves to me as shorter pieces as so often the time in my life is often best suited to a shorter form. The stories for Watermark were written when the spirit moved me, to quote my grandmother, stories written for themselves, not for part of a bigger collection. 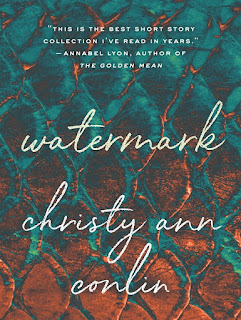 “But when I collected those tales, they began to change. At this point I was working with a full manuscript, closer in length to a novel but instead of chapters, there were stories. I needed much longer blocks of time to work on the manuscript then. There are small links in Watermark, that connect the stories in the same way families and communities are connected - through shared experience, landscape, and history.”

The collection has already received significant critical and popular acclaim.

“I keep getting letters from readers, written late at night, who have been up reading Watermark into the wee hours, sharing their connections. It affirms for me that - despite age and stage of life difference, geographic and cultural differences - there is a deep human connection through struggle and conflict, and the courage and hope it takes to persevere.”

Currently, Conlin is focused on the promotion of Watermark. She also has two future projects lined up; a fourth piece of literary fiction and a memoir.

“I am not interested in the easy life - it is the inspired life which sings out. There is comedy where there is tragedy, disappointment and joy, grieving and celebration, the two faces of an experience. I love novels where everyday life, where unexpected people, become heroes in their own lives and discover a power behind the mundane, the mythological in the commonplace. There is such strength in the ‘commonplace’ meeting with ‘the unforeseen.’ To me, it is the light which calls to me when I write, those shimmers and gleams through the darkness.”