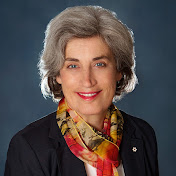 The December Man by Coleen Murphy won the Governor General’s Award for Drama in 2007 and is inspired by one of the most tragic and significant incidents in our country’s history, the École Polytechnique Massacre on Dec 6th, 1989. Recently we spoke with Director Mary Vingoe of Homefirst Theatre about the production, which runs from November 25 - December 5 at the Bus Stop Theatre in Halifax.

When and why did you first become interested in theatre?

I fell in love with theatre as a kid when my parents took me to NYC and we saw see Raisin in The Sun by Lorraine Hansberry in Central Park. I took theatre at Dal and then my master’s at U of T. At that point I wanted to be an actor, I had some good roles with theatres like Passe Muraille and the Shaw Festival but after a few years I became more interested in writing and directing. I became more aware of the gender and racial disparities in theatre. I co-founded Nightwood theatre with a group of friends. This was the first professional theatre in English Canada to promote work by women.

Are they the same reasons that you continue to be involved today?

Theatre can be a profoundly moving experience. It can take us to places we wouldn’t otherwise go and deepen us as human beings. I have always been attracted to plays that do this.

What are the challenges of the vocation?

Well, there are almost no full-time jobs, no security. It is a freelance life and can be extremely uncertain.

The satisfaction of any artist, bringing something original to life and sharing it with others.

Both. A rehearsal period is hours and hours of hard work with minutes of inspiration pure joy and thrown in.

How and why did you get involved with The December Man?

I have admired Colleen Murphy’s work for many years. She is one of the bravest artists I know. A two-time Governor General’s Award winner, she explores the human condition without shying away from the dark side of the human condition. But she does this is a way that shows the possibility of light. Her most recent play The Breathing Hole which was on at Stratford a few years ago explored the Franklin expedition and subsequent devastating effects on the North. The main character is a bear. When the bear dies in an oil slick at the end the audience was holding its collective breath. We loved the bear. It was one of the most moving experiences I have ever had in theatre. The December Man packs a similar punch.

What can audiences expect to experience?

"One cannot always be a hero, but one can always be a human" Johann Wolfgang von Goethe. I was drawn to The December Man because its compassion for the human condition in the face of unimaginable tragedy and because of the brilliance of its structure working in reverse order from the consequences to the inciting incident. Kathleen and Benoit are a working-class couple who love their son and do every thing to help him. Murphy captures the fabric of everyday life, its moments of humour, courage and compassion. This searing drama explores the long private shadow that public violence casts. I think it has much to offer in today's fractured world.

What are your thoughts on the current state of theatre in Canada?

COVID-19 has had a devastating effect on the theatre and performing arts. Already a very precarious existence, we were the first to close and the last to open. Many have left the profession.  At the same time, it allowed us to rethink so many our priorities and hopefully return stronger and more inclusive.

How can that be improved?

Stable secure funding is the key at all three levels of government. Governments tend to fund their most recent priorities rather than make long term commitments. This makes for instability and inhibits growth.

What’s next on your creative agenda?

I have a new grandchild. I think I’ll take a little break for the few months. But Homefirst has another play in development for 2023.