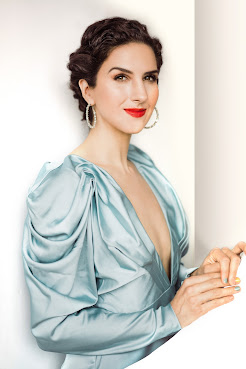 Multi award-winning Canadian jazz singer-songwriter, pianist and radio host Laila Biali tours Atlantic Canada from May 12 to May 21. Recently we spoke with Biali about her past, present and future.

In terms of my heritage, Dad comes from Egypt and Mom is from Germany. They met on a beach in Vancouver and raised me and my three older sisters there.

When and why did you start playing music?

My Mom tells the story of how I climbed up onto the piano bench to plunk out the melody to Sesame Street by ear when I was just 3.5 years old. It was then that she decided to enroll me in piano lessons rather than gymnastics classes. (I was a bouncy, energetic child, so that was the next logical choice!) Once I had begun formal classical lessons, I truly fell in love with the piano. My teacher, Juanita Ryan, who sadly passed away earlier this year, would loan me stacks of CDs to bring home and study. I listened obsessively, even while going to bed at night, dreaming that I might one day thrill people with music in the same way that it thrilled me. What a gift that it is now my full time vocation.

Are they the same reasons that you do it today?


Basically, yes. I make music and have persevered in the music business because of its capacity to meaningfully touch peoples' lives. As a recording and performing artist, I have the unique opportunity to share stories and "audio art" that I hope will connect deeply with my listeners and facilitate whatever they need in that moment – catharsis, joy, energy, hope, authenticity. The role of artists comes with great privilege and responsibility, and I hope never to take it for granted.

What are the challenges involved with the vocation?

Well, as two years of pandemic have just taught us, creative work is very unpredictable, and it takes surprisingly little to leave us without viable income. It can also be a fight as artists to establish a position of value in society in general. Thank goodness Canada is hospitable to and supportive of its artists, by and large, with many grants organizations in place to help us create and implement projects.

There are so many! For me, the greatest reward is in meeting people at shows and hearing their stories. These personal connections are the lifeblood of what I do.

How have you evolved as an artist over time?

I am classically trained and once held dreams of becoming a concert pianist. An arm injury coincided with an abrupt shift to jazz, which I initially found difficult. But my arm challenges also forced me to explore other means of expression – arranging, composition and singing. These days, I'm most interested in the nexus of Jazz and other genres - from Pop to Singer Songwriter, World, Folk, Soul and more. I love music that can't be categorized!

What have been some career highlights?

There have been many career highlights – touring and performing with Sting, playing Carnegie Hall, but mostly just touring the world and meeting so many different people from different cultures. Music is truly an international language that transcends cultural divides.

Oh, it's definitely a mix of both! The Muse seems to show up nearly "on command", but that's only because there are large bouts of time where I am almost never at the piano. Creative energy and ideas build up over those weeks and months, and then it feels as though I'm quickly able to download ideas when I finally do sit down at the piano to write. That said, fighting to carve out that creative time requires lots of work and perspiration. Thank God for The Banff Centre, where I get almost all of my creative work done in small and concentrated bouts. 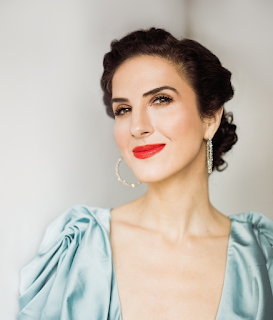 What makes a good song?

There are many factors that contribute to a song's success – but what, in my opinion, makes it "good"? That's a tough question, and I think that's something more subjective than objective. What will draw people in and engage them with the music? For me, clear and honest storytelling can play an important role, but that doesn't mean I don't also enjoy abstract lyrics. A memorable and easily singable melody can do wonders. But more than anything, I think it's the emotional content of a song that will make it special. Whether the song is playful, serious, heartbreaking, or angry, if the artist can convey that emotion through what they write, I think it stands the best chance of being received as a "good song."

What makes a good live show?

Again, I think the answer is subjective. For me, a dynamic show filled with spirit and true intention will be the most powerful. The quality needs to be there, too, but really, the spirit of the music and overall performance (including stories and banter in between songs) is what will leave the strongest impression.

What are your thoughts on the current state of Canada's music scene?

I think Canada's music scene is very rich and diverse, reflective of who we are as a country. That said, I'd like to see more mainstream support for Jazz. I think it has the potential to reach many more ears than the industry allows, in large part because of the narrow view some folks have of the genre. Jazz is filled with all kinds of colours and influences, and I'm convinced almost anyone can be made a jazz fan if exposed to the right flavour.

Along with touring, what's on your agenda for the remainder of 2022?

We are busy, busy, busy. Several tours, including this Atlantic Tour, were rescheduled from 2020 and 2021, so we'll be touring across Europe in April and early May, just before we head to Atlantic Canada. Summer will bring a cross-Canada festival tour including a double bill with Measha Bruegergossman in Cape Breton. We'll be chipping away at a new Wintersongs project in the cracks, slated to be released later this year, plus a few singles sprinkled throughout the summer and early fall.