The Sensuality of the Maturing Woman 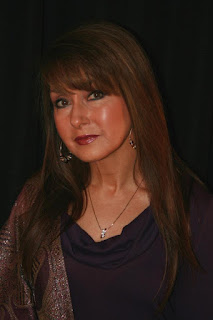 Aging is a challenge and an opportunity for us all. “Women age differently than do men,” says Newfoundland artist Tina Dolter. There is the obvious – the waggle women tend to get under their upper arms compared to the “beer bellies” that men tend to grow. There is also the more subtle. Dolter points out that women tend to grow into their roles together like a sisterhood. “They grow to be centres of their families and their communities, by the commonalities they share as women”, she says. “Men tend to experience aging in a more solitary manner.”
For the past decade, Tina Dolter has been exploring the topic of women’s sensuality as they age. It is not exclusively about sex appeal. It is about how a maturing woman often becomes more confident and secure in herself. Dolter, crowned Miss Newfoundland and Labrador in 1978, is now a radiant 52-year-old. Dolter explains, “The energy, intelligence and experience of older women is a great resource. Our society could benefit greatly from tapping into this expertise.” Dolter chose to begin her family before pursuing her painting, and did not attend University to earn her Bachelor of Fine Arts until after her youngest son had started kindergarten. Her two sons are now twenty-four and twenty-six.
Other cultures already respect older women – matriarchs earn respect as they age. As Stephen Lewis, the founder of the Grandmothers to Grandmothers Campaign recognized, women do not necessarily whither as they age; more often they grow stronger. North American society often seems to treat older people as disposable – like yesterday’s news. This assumption needs to be challenged. Dolter was inspired by Stephen Lewis with his campaign to help grandmothers dealing with the AIDS crisis in Africa. Lewis has said, “If you empower women and girls throughout the world, we can save this planet.” Dolter took this to heart and is now doing what she sees as her part to remind women and society as a whole of women’s power.
The project, entitled “The Sensuality of the Maturing Woman,” grew out of a calendar project Dolter was involved with in 2001. The project was a fundraiser for the palliative care unit at her local hospital. Friends of a woman who passed away without receiving the help she needed, because such help wasn’t available at the Corner Brook hospital, got together and organized a group called WAGNL – Woman Age Grace and Laughter. WAGNL produced the calendars and Tina came on board as an artistic consultant. Dolter was inspired by her experience, and The Sensuality Project was born.
For ten years, Dolter painted women between the ages of 40 and 82 in what some could term as alluring poses. In some cases there was nudity. Dolter allowed her subjects to make the choice of what, if anything, they were comfortable revealing. “The wonderful human face and figure is my favourite subject to render,” says Dolter, “to be able to capture the essence of a human being, of who they are, and to be able to imbue your painting with the spirit of who they are, is a wonderful feeling.”
“The Sensuality of the Maturing Woman” began its ten-year run with a showing of the first three portraits in April 2002 at Memorial University’s Grenfell Campus Art Gallery.  This evolved into 12 portraits of women from Corner Brook which opened on March 17, 2005 at the Corner Brook Arts and Culture Centre. In March 2011, Dolter took the show to St. John’s with portraits of women from that city. She then headed to Toronto for an exhibition at the Propeller Centre for the Visual Arts in September 2011, featuring 22 of the 27 portraits in the series, including women from Toronto. The entire series came full circle with a Grand Finale exhibition in Corner Brook from October 12 to November 12, 2011.
For the Toronto show, Dolter experimented with how the biographies of the women were presented. In Newfoundland, the subject-written biographies were placed on the wall next to the portrait. In Toronto, patrons received a booklet documenting the show, so after seeing the picture they could search for the story of each woman portrayed. Dolter explains, “[I] wanted the paintings to stand as paintings rather than simply portraits (of specific women). Having the biography booklet available enabled viewers to choose whether to appreciate the pieces primarily as works of art or as portraits.”
Each woman had the opportunity to write her own biography. Most detail their career and significant life accomplishments, like whether they are married and the number of children they have. Some are written in the first person, some in the third. What the subject of the painting was willing to disclose about herself was as revealing as what she was or was not wearing.
After a decade of exclusively painting the female form, Dolter is ready to paint men again. She laughs good-naturedly as she details her plans of doing both male and female portraitures. She never saw the two as opposing forces. She expands, “Men and women are two halves of a whole, and that needs to be acknowledged. Both genders need to acknowledge the qualities of the other half that completes our humanness in order for us to move forward.”
When asked if her decade of painting women should lead to a decade of painting men, she smiles warmly. “I can do both.” As a mature, confident woman, she most assuredly can. ~ Jen Powley
For more information visit http://www.tinadolter.com/