Serendipitously (or fatefully) Arts East was introduced to Amos Funk, a prolific singer-songwriter living in Tel Aviv. Earlier this year, he released his album Black Rose, what he refers to as a eulogy, his “way of dealing with the loss of a lover”.  AE had the pleasure to speak with Funk via e-mail and learn about his long time passion for music. When asked if he’d like to perform over here, he said, “Sure, I’d love to come to Canada!” Perhaps us locals can help make that happen!

Where are you from originally?
AF: I was born in Jerusalem but moved quite a bit during the 80s with my folks, from Paris to Baltimore, New Jersey and back to Jerusalem. For the past 15 years I've been living in Tel Aviv; it might be just the right time for a change.

When did you first realize you were passionate about music and when did you start playing?
AF: As a young teen I was heavily influenced by the late 80s hard rock / heavy metal scene and later by the 90s revolution, from Seattle "Grunge" to "Brit-pop". I'd play the cassettes over and over on my Walkman (remember auto reverse). With my friends we'd go down to the record stores to see if we could lay our hands on some new CDs, cassettes or vinyls. If you couldn't get the CD you'd tape it from someone. I actually started a band back in the 90s in Jerusalem. We played anywhere we could hook our guitars—stage or not it didn't matter. I'd convince the bar owners that a band like us is what there place needs. It was much louder back then.

Do you play any other instruments aside from guitar and your vocal chords?
AF: I find that there is still very much for me to learn about singing and playing the guitar. Sometimes I bang on the drums in my apartment—my neighbors seem to tolerate it. I would like to play some piano.

How would you describe your musical style?
AF: I think music is endless and I don't see the boundaries and surely didn't confine myself while writing this album. Its style kind of presented itself as we were working live in the studio. You gotta ride that train and see where it takes you. So it might be  a folk rock album with some country.

Was it difficult or easy to put your album Black Rose together?
It wasn't difficult, but it wasn't easy. After narrowing down the songs to 12 we structured them, Ronen and myself (Ronen Kohavi - producer and guitars on the album). We had a few sessions with the band and after three months of practice we were ready to lay down the tracks. We had three days in the recording studio. All of that went pretty easy. The "hard" part was at the mixing stage. Suddenly things sounded different and I wasn't set on the final result. I kept hearing it over and over and it sounded different each time. After many twists and turns I finally came to peace with the album.

What is the album's major message?
AF: I guess that this album is a eulogy, my way of dealing with the loss of a lover…going through hell with a broken heart. I had many long nights, burning the midnight oil with an acoustic guitar. The lyrics came out quite gloomy so I tried to spark them up with melody and rhythm. It's about living with pain, living with loss, living with fear…and after all, living. Why listen to Black Rose? Because it has God, love, death and life.

To find out more about Amos Funk and his album Black Rose, visit:
www.amosfunk.com 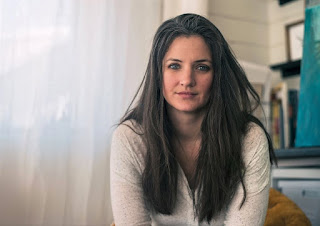