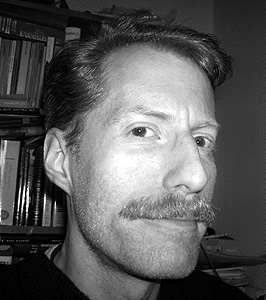 New Brunswick author Paul Marlowe is shortlisted for the prestigious Danuta Gleed Literary Award, which recognizes the best debut collection of short stories by a Canadian author. The Danuta jury described Marlowe’s anthology, Ether Frolics (Sybertooth Inc., 2012), as “a work of verve, daring, and a near-lunatic sense of play.” In just a few days (June 11), the winning authors will be announced! Recently, from his Sackville NB writer’s studio, Marlowe avoided clichés and platitudes while participating in this Q&A with Arts East. Learn about Ether Frolics, the challenges and rewards of his literary devotion, some advice (often omitted)for aspiring writers and his own interpretation of a 'bucket list'. http://www.paulmarlowe.com

With Ether Frolics, is there an overarching theme to this collection of stories?
PM: The collection is rooted in the Victorian era, in the characteristic combination of rationality and spiritualism of that time. We remember the Victorians both for their efforts to apply scientific rationality to the world, and for their fascination with ghosts, spirit mediums, and theosophy. The stories are connected by a group of people trying to reconcile these two conflicting views of the world, generally leaning towards the scientific view. As you can tell by the title, Ether Frolics, I’ve attempted to do this without being too heavy-handed, and with a touch of humour.

What was the timeline/process into writing these stories?
PM: If you mean the individual stories, they each began with an idea that I rolled around my mind like a snowball until it accumulated enough detail to be a real story. That generally took a few weeks for each story. They had to be consistent with the world I created for them, with the characters from other stories, and usually also with the real historical time-line. As for the collection as a whole, the stories were written over a number of years, and when I decided to gather them into a book I thought out and wrote a framing narrative that placed me inside the world of the stories, as someone researching amongst records of the events described in them. 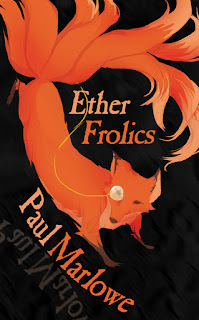 
PM: Incredulity, initially. It’s a fairly big, national award, and it hadn’t occurred to me that Ether Frolics might get chosen as one of 2012’s best début collections of short stories. Gradually, though, authorial instinct overcame my daze and I switched to the méthode champenoise – that is, I had a glass of writer-grade sparkling wine on the deck. The balmy 2°C spring air was fairly effective in restoring some sense of perspective to it all, as was the indifference of most of the media to the short-list this year.

You’ve said you "found the job description for 'writer' attractive, since it didn't include the terms 'team player', 'consensus', or 'fast-paced' anywhere." What are the rewards and challenges of a solitary/independent creative career?
PM: The reward is mostly creative control. When you have an idea, the way it comes to fruition is entirely up to you. On the other side of the scale, the problems are almost too many to enumerate. The pay is terrible, there’s no security, and you work in obscurity because – in the case of writing – we’re not really a literary or even literate society any more, but rather one focused on images, buzzwords, sound bites, and electronic media, and unless a writer acquires a degree of media celebrity they stand less chance of being noticed than does someone who posts an amusing cat picture on their Facebook page. In my province, for example, just over half of the population is functionally illiterate according to Statistics Canada. There simply isn’t enough demand for a variety of books to support a literary culture, which is not only bad for writers, but for society in general, because while electronic media make people react collectively, books make them think individually, and acquire the capacity to grasp and articulate the big ideas – and the subtle ideas – that keep a complex society like ours working and improving.

So before you published your short story collection Ether Frolics, you published the first two books of The Wellborn Conspiracy. In a nutshell, what is the premise of this series?
PM: It’s a young adult series, set in 1880s Nova Scotia, with villains who are eugenicists – that is, people who believe in the then-popular pseudo-science of eugenics, which is based on the idea that some people are naturally superior to others, and that you can breed better people by controlling who does or does not have children. The first volume (Sporeville) is a rather Gothic mad scientisty sort of story, while the second (Knights of the Sea) is more of a humorous adventure that makes fun, along the way, of the corrupt state of Canadian politics in those days. Then again, perhaps not much has changed in 126 years.

What do you do when you're not writing? Is there anything on your bucket list?
PM: Perhaps it’s a measure of how out of touch I am, but I confess I have no idea what a ‘bucket list’ is. I do have (on my fridge) a list of the occasions on which my dog has required buckets of warm, soapy water. That bucket list has things like ‘skunk’ and ‘rolled in something awful’ on it. It’s quite a long list, sadly. The sorts of things I write often require reams of research, so aside from the writing itself I do a lot of historical reading and note-taking whenever working on a story, in addition to reading plenty of fiction.

What are you working on now?
PM: A satirical adult novel set in New Brunswick, in which a Faustian bargain is playing out with the fate of the province in the balance. It’s a comedy – perhaps a somewhat dark comedy – that does a fair bit of sacred-cow-tipping as it pokes fun at contemporary life.

Any advice for newbie writers?
PM: Aside from the usual stuff about doing vast amounts of reading (and rewriting), remember that writing is your profession, not a genteel hobby. It’s hard work, it’s valuable, you should get paid for it, and the intellectual property you create should be respected, not ripped off. Contrary to what its apologists claim, pirate publishing and distribution on the internet is not about freedom of information, technological progress, or about people liking you – it’s about other people exploiting your hard work for their benefit, often their financial benefit. Copyright is a writer’s bread and butter – artists shouldn’t have to starve while parasites feed on their work. Remember that copyright doesn’t restrict what you can do with your work—it gives you the right to make those decisions. So, read your contracts carefully before signing them, charge professional rates, and lobby for effective copyright protection, because we live in a consumer society that has begun to believe that free entertainment is a human right.

Anything you'd like to add?
PM: Buy my book – that’s the only way that I can afford the time to write any more stories! It’s available as an e-book from Kobo for $4.99, and as an attractive paperback for $9.99, perfectly sized for comfortable reading in bed or in a wing-chair by the blazing hearth, and it features a whimsical cover!