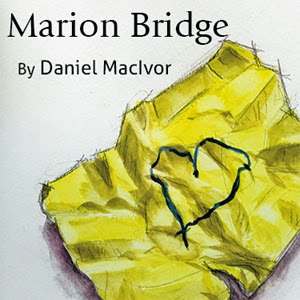 
Last night’s opening of Dartmouth Players’ Marion Bridge reminded me of one of my favourite television shows of all time: All in the Family.

A small Cape Breton town may be a far cry from Queens, New York, but like All in the Family, Marion Bridge intersperses considerable humour with tension, emotion and sober circumstances. And what makes both the American sitcom and Cape Breton play mutually magical is, despite being set basically in one place (the Bunkers’ home or the MacKeigan girls’ kitchen) and despite each being dialogue-heavy, both engage the audience, where entertainment becomes fuel for fulfilling contemplation. But before things get so serious that it ceases to be entertainment, another dose of hilarity lightens the mood.

This is the genius of master playwright Daniel MacIvor’s Marion Bridge. Obviously his script cannot be done justice if a creative cast and crew do not deliver. But, last night, Dartmouth Players did in fact deliver.

The play tells the story of Agnes (played by Leslie Milne), Louise (Paige Smith) and Theresa (Katherine Tufts), three estranged sisters reunited in their family home as their mother lies on her deathbed.
The three could not be more different: Agnes, the eldest, an alcoholic and washed out actress, comes back from Toronto with big city ideals. Louise the youngest, a tomboy thought by many as “strange,” is obsessed with watching television, including Ryan’s Cove (a soap opera amusingly narrated by actors Kelly Doney Morrison and Brad Morrison). Theresa is the middle child, and perhaps ironically the “good child” and peacemaker; she has returned to Cape Breton from rural New Brunswick where she has devoted her life to farming and God.
The interactions between these three contrasting personalities create many unexpected and comedic situations; based on laughing frequency and enthusiasm, last night’s audience did not miss a beat. How the three sisters differently construe and cope with their mother’s ill health also tugs at the heart strings and bonds the characters and audience alike.
Three complex characters that surpass clichés, each a source of humour, each a vessel of emotional reckoning…With the exception of a few opening night tongue ties, actresses Milne, Smith and Tufts performed exceptionally. Performed may not be the correct term as each seemed to wholeheartedly become the characters they played. Each also had their moments of greatness, such as Smith’s “Saint of the Highway” monologue, or Tufts’ cookie binging, temper tantrum, or Milne’s philosophical rants mocking her “holy sister’s” ways.

Creativity oozed from numerous aspects of the production too, like the set design which included a slitted partition to reveal small glimpses of one (or more) soap opera addicts. The lights that dimmed to a single spotlight, to amplify dramatic facial expressions, before fading completely to black were a really intriguing effect. The beautiful display of baked goods served by extremely friendly volunteers during intermission, were a great treat while gazing at photos from past and present Dartmouth Players production.
Finally the passion of this production’s director, Ian MacDermid, was reflected throughout the entire performance. MacDermid, who had fatefully bumped into Daniel MacIvor, was able to ask the playwright about his inspiration for the story. Just how MacIvor made his characters relatable to himself, it seems MacDermid personally connected to the script, and in turn encouraged his entire team to relate to the timeless and enduring story.
Family members coming home because a relative is gravely sick, is quite a common story line. But how MacIvor has chosen to tell this story, and how Dartmouth Players have chosen to “show this telling,” is something quite extra-ordinary. ~ MB