This week, The Villain’s Theatre in Halifax presents ‘Women Beware Women’, a sharp, ruthless, power trip of a play – picture a feminist Taming of the Shrew that unravels into Titus Andronicus – with a fast-paced narrative that leaves very few standing and no one looking good. Recently we spoke with director Keelin Jack about what audiences can expect.

What are your own roots?
I was born in Tatamagouche, and grew up mostly in Truro.

How long have you been involved in theater, and in what capacity?
I started doing theatre in high school - I had been pretty dedicated to competitive horseback riding, and my horse got injured so I ended up at summer theatre camps, Neptune Theatre School and NOSCO Academy of Theatre Arts in Truro. The high school I went to, Cobequid Educational Centre in Truro, had a surprisingly excellent Fine Arts department, led by some really great teachers like Frank Lambert and Larry Bent and I got to do cool and precocious things like write and direct and star in a 15 minute adaptation of Waiting for Godot (don't tell the Beckett estate). I went to university thinking I was going to be a lawyer, probably, but ended up spending more time doing theatre than going to class, so I thought what the hell, I'll go to theatre school. I went to the Bristol Old Vic, in England, came home, and have been working as an actor, director, and educator around the province ever since.

How did you get involved with this particular production?
My training is specifically in classical theatre, so I've had my eye on these guys for awhile. I was bartending a lot at the Bus Stop back when they were glorious ambitious lunatics doing two full length Jacobean plays in rep (ie alternating nights) - I've seen all their shows except two, I think, and have watched them evolve into a bad ass indie company that's really trying to do things. My first show with them was Faustus this time two years ago, I played Mephistopholes, and at some point along the way I guess I must have pitched myself alright as a director because here we are. This particular show I chose because of it's immediate and obvious challenges - from the title alone, Women Beware Women, you know there's going to be a whole lot of problematic involved - and I was interested in figuring out how to address that. It's a constant problem with all of this dusty old work that I love - how do we tell these stories without continuing to underline and reinforce beliefs and truths that we're trying to escape from and change?

What are the challenges involved?
Well, the number one challenge is money and the time challenges that follow from that. When you can't pay people, you can't expect them to quit their day jobs. When a dozen different people have dozen different day jobs...the logistics become a bit of a nuisance. The original adaption of this play was actually for 6 actors, with significant doubling of the characters, but when we got our envelopes back from the granting bodies - we were recommended for funding but too far down the list to receive it - it didn't seem possible to rehearse a play where all the actors are in basically every scene and also allow those actors to continue to pay their bills so I changed the concept. The play itself is also a challenge - it's dark, and aggressive, and the final scene is an absolute melee of violence and confusion (in the original text, a poisonous fume, shower of gold, and trapdoor are all required). The treatment of women is unsurprisingly appalling, there are many very boldfaced depictions of misogyny and patriarchy, including a pretty disturbing rape scene - the first time I read the play again after choosing it to direct I thought....WHY am I doing this? But when you really start to examine and adapt the text - there's no added or changed text, but I have liberally cut it, and played pretty fast and loose with my own interpretation of the character's motivations - it's pretty clear that Middleton has empathy towards the women in the play, and they are complex characters, with progressive thoughts and ideas. So that's exciting, and sadly unusual, even in plays written more recently than the 1600's. 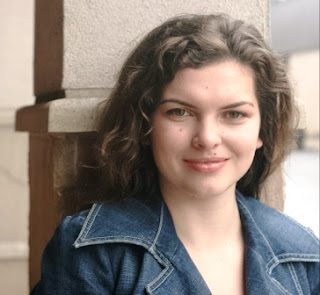 What are the rewards?
Well, usually it is a pay cheque - this is my job. When that's not the primary motivation, it's about honing skills and developing craft. I mean, of course it is hella fun - my actors are amazing, and inspiring, and hilarious, and watching people be good at what they do is pretty life affirming - but plays are a lot of work, and there are easier ways to have fun. That's one of the crazy making things about being an artist - you've got to plan for the jobs you might get, and be ready for them to arrive, so you have to keep working and making and showing it to people, even when there's no financial gain.

What can audiences expect during the run?
It's a dark show, but very funny. It's a strange world - archaic language, some old fashioned and some sadly still pretty current ideas, and a modern sensibility. We've worked hard to be truthful and precise, and there are some really lovely performances from a cast made up mostly of young recent grads. The set and lights by Matthew Downey are very cool - ghostly statues and squares of light, inspired by the chess game that is one of the show's dominant images (fun fact: the chess game referenced in T.S. Eliot's The Wasteland is this chess game), the costumes are a melange of items from Villian's period costume hoard and mine and the actor's personal closets, and the music is modern and evocative. Be advised: the show contains disturbing images and content, particularly in relation to misogyny, violence, and sexual violence.

What are your thoughts on the state of theater in Atlantic Canada?
Oh boy. Well, there are a lot of great and smart people - young and old - working very hard here, and doing excellent work. I've been working and living here for 10 years now, and have never seriously entertained moving anywhere else, but this year has been brutal. Although I work primarily in theatre, the destruction of the film industry has had a huge effect on my ability to make actual money (the pay differential between the two mediums is...significant), as well as the spin off effects on morale and availability of any employment in general mean most of my time is spent worrying about where paycheques are going to come from next. This is not a creative environment in which I personally thrive, and though I don't like to speak for anyone else, I know I'm not alone in that. I have several projects in development that I'm really excited about - but I'm looking around at this province and wondering if it makes any sense at all to deepen my roots here as the backwards idea of austerity continues to rule, and giant corporations continue to get tax breaks and incentives as small business/the arts/health care/education/everyone else are told to tighten their belts.

What's next on your creative agenda?
I am currently the co-Artistic Director of Forerunner Playwrights' Theatre with Margaret Legere, and we are fundraising now for our second play with the company - the world premiere of Meghan Hubley's TreeGirl, which I play the title role in, and Margaret directs. That's looking like early next fall. I am also working with Meghan Hubley on her play Honey & Jupiter which just had a reading at Eating Disorder Awareness Week and will be continuing to develop. But honestly, the biggest item on my creative agenda right now is figuring out how to be able to afford to keep doing it, so if you are reading this and are hiring servers or anything, please let me know. (I joke.) (Not really.)